Six college friends are finding their way, falling in love, and preparing for their futures in a place where the past is ever present.

The Grimwood Trilogy continues as the friends return for their second life-changing year at Grimwood University.

The Grimwood Trilogy concludes as the friends embark upon their final years at Grimwood University.

When a disgraced businessman is nearly decapitated in a seedy restaurant, the blood trail leads reporter Luke Murphy to a series of dark secrets, concealed for decades in the New Mexico desert.


When a driver burns to death on the side of a New Mexico highway, evidence from the scene leads reporter Luke Murphy to a series of murders involving the region’s multi-million dollar energy market.


Someone is killing trial witnesses in the midst of a blizzard, and Brick Ransom must fight his way through a city paralyzed by ice and snow, in a race to save lives.


A killer is targeting mystery writers and book critics, and Detective Brick Ransom is about to learn that the publishing business really is murder!


When Seattle’s richest man is taken hostage in a terrorist attack, Brick Ransom must beat the clock if he’s going to stop the bloodshed.


The beat-the-clock adventure that launched the bestselling crime thrillers Seattle On Ice and Bloody Pulp.

Buy on Amazon Kindle US


Rock star Will Baker is vacationing with family in the South of France. Things heat up when his older brother arrives with his new girlfriend, who just happens to be the love of Will’s life, the one that got away.


An experimental brain implant has freed college freshman Jamie Pepper from the symptoms of early-onset Parkinson’s disease. Curiously, while his body is under his command, his mind may be out of control.

Mike Attebery grew up in Farmington, New Mexico and Madison, Connecticut. He is the author of the Brick Ransom thrillers Billionaires, Bullets, Exploding Monkeys; Seattle On Ice; and Bloody Pulp. His other books include On/Off, Rosé in Saint Tropez, Chokecherry Canyon, and Firepower. He lives on an island off the coast of Washington State with his wife and daughter.

Mike is currently at work on a new four-book series.

The first book in the Brick Ransom series, Billionaires, Bullets, Exploding Monkeys, introduces Brick in his later years, when he is part of a task force responding to a hostage situation at a Seattle university. Seattle On Ice and Bloody Pulp take us back to the beginning, following Brick from the start of his career in law enforcement. The Brick Ransom books are offbeat thrillers, chock-full of suspense, humor, and over-the-top action. To read the very first Brick Ransom story for free, please sign up for the mailing list.

Mike’s other books include On/Off, a literary and psychological college romance; Rosé in Saint Tropez, a romantic comedy set in the South of France; and Chokecherry Canyon, a mystery of greed and politics in the American Southwest. 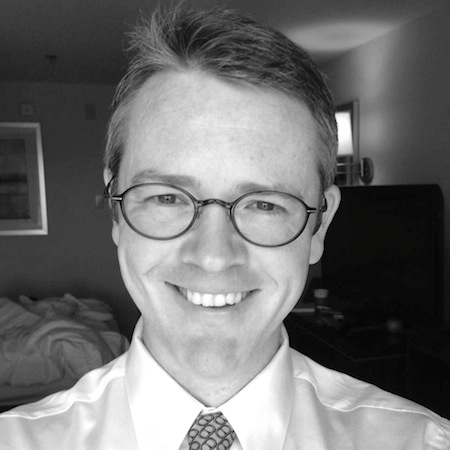 Check out my blog for updates on new projects and upcoming releases.

As I mentioned shortly before the holidays, I spent much of 2018 working on the next book while moving my family to Whidbey Island, setting up our house, and getting my daughter up and running in school. Just before the holidays, we had an extended power outage across...

Chokecherry Canyon is now available in paperback and ebook everywhere books are sold! As I mentioned in my last post, my sixth book is set in Farmington, New Mexico, the Southwest town where I grew up. This is a lean, fast-paced thriller. I think it’s the perfect...